Create Your Own Invertebrate 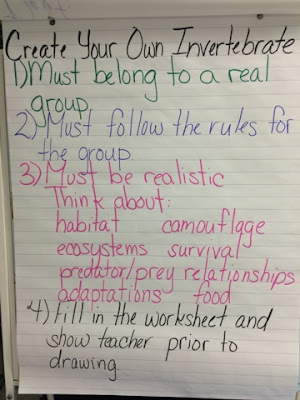 Over the past weeks, we've studied classification. We've noticed how kingdoms narrow into animal groups and then specific animals. The children have come to determine it is the structures of the animals that classify them. This has been relatively easy up until this point. The INVERTEBRATES! 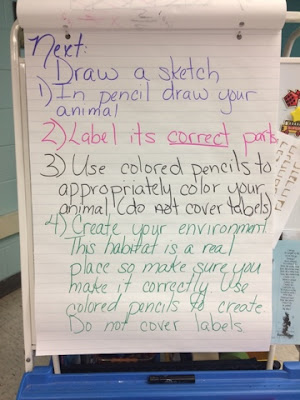 Now the children are asked to works backwards to create an invertebrate that could exist. They need to create this animal in a real habitat with real structures. Poisonous animals should be brightly colored. Ocean animals should have dark colored tops and light colored bottoms. Local forest animals should be of darker colors like their surroundings. 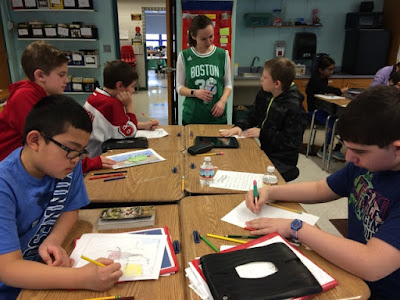 Children were reminded of science from the years past. We are looking at habitats, predator/prey relationships, adaptations, ecosystems and more.

So far, I have seen an elephant beetle with a long pointy nose that stabs to protect itself and colorful venomous invertebrates along with animals with suckers, slime and more. Once the animal drawings are complete, the riddles will be written. These riddles then become the lesson for the different types of invertebrates. Who knew learning could be so engaging! 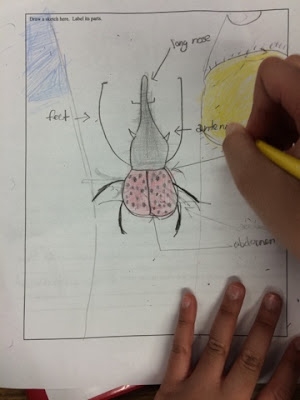 This 'elephant beetle' will make students start off questioning if it is an insect and then more specifically which one with only a riddle to guide the students on their way. Using the clues, the students will be the scientists to classify these new species! 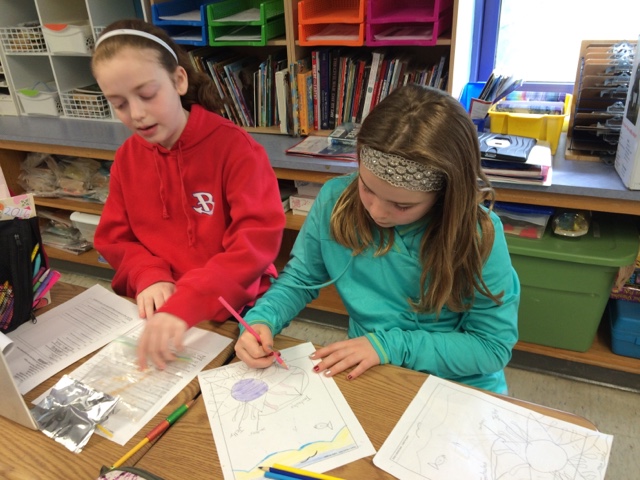 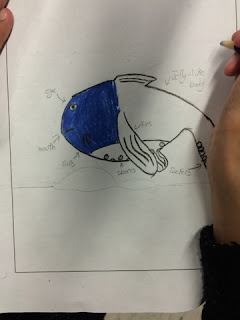 Although this looks like a fish, don't be fooled; its special structures make it a specific invertebrate. Can you figure out which one? Don't give it away. At this point, students are becoming more independent because they don't want to give away their animal secrets. 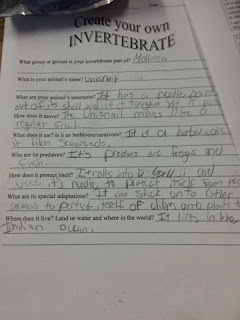 This worksheet is just one example of the problem solving that had to be used to work backwards to create a new animal. As the children came to check in, they began to understand the relationship between structures and classification. 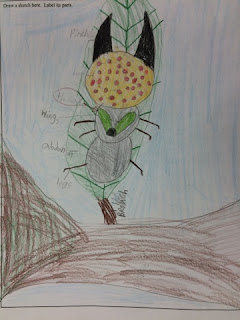 Another fun lesson was that of perspective. If an insect is small, how large must a tree or a leaf be? On the other side of this, students will quickly recognize that this animal must be poisonous because of its bright colors. I wonder how this one will catch its dinner. I hope it's an herbivore. 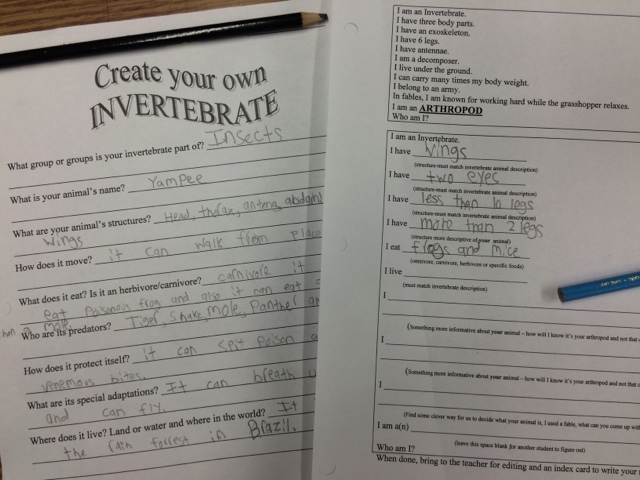 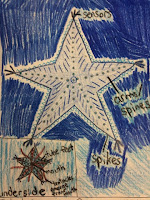 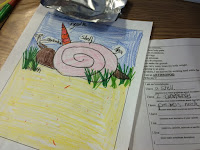 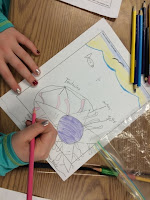 The children have almost completed the information page and drawings. Some are working on the riddle cards...and they are all excited to become THE SCIENTISTS!