Latitude and Longitude Hunt: Oh My! 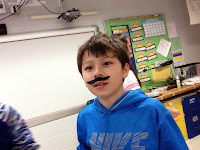 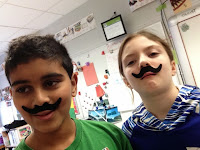 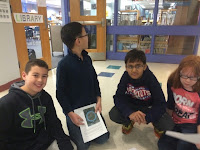 Ahoy there mateys!  Room 103 set out on their first live expedition. After practicing our tracking skills, reviewing latitude and longitude, performing several activities to determine coordinates and direction, room 103 set out to find Cap'n Cooksie's lost booty.  We used GyroCompass to determine our location and set out on our adventure.  Here's how it went.  The children were broken up into three groups - each set out on a different adventure. With maps and coordinates in hand, the children had to figure out our location and compare it to the location of the treasure. 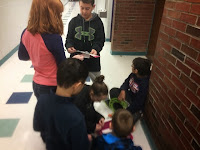 Next the children had to decide what direction we have to travel to head towards the treasure.  We stopped at major intersections along the way to calibrate and plan.  First stop the intersection at the library or the office!  The adventure continued to various stopping points around the building where we continued to practice our honing skills. East, West, North or South relied completely on their skills to compare their current location to that of the treasure.

Were we able to pinpoint the treasure with coordinates?  But of course!  The treasure was found and the children (and I) were quite excited. 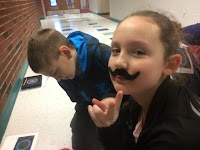 In the end, the treasure box was filled with weekend fun starting with the mustaches the children all wore home Friday afternoon.  So the pirate booty was full of good times, learning and imagination. What more could we all ask for?  Hope you had a great weekend!